Dell EMC’s Azure Stack: Everything you need to know

Dell EMC has formally announced their Azure Stack Appliance this week. If you are not familiar with Azure Stack, it is an appliance developed by cooperative effort between Dell EMC and Microsoft that allows the Azure Public Cloud to extend into a customer’s private Cloud thus enabling a Hybrid Cloud model. It is essentially Azure’s OS locally deployed with all the APIs need to communicate seamlessly with Microsoft’s hosted Azure environment. 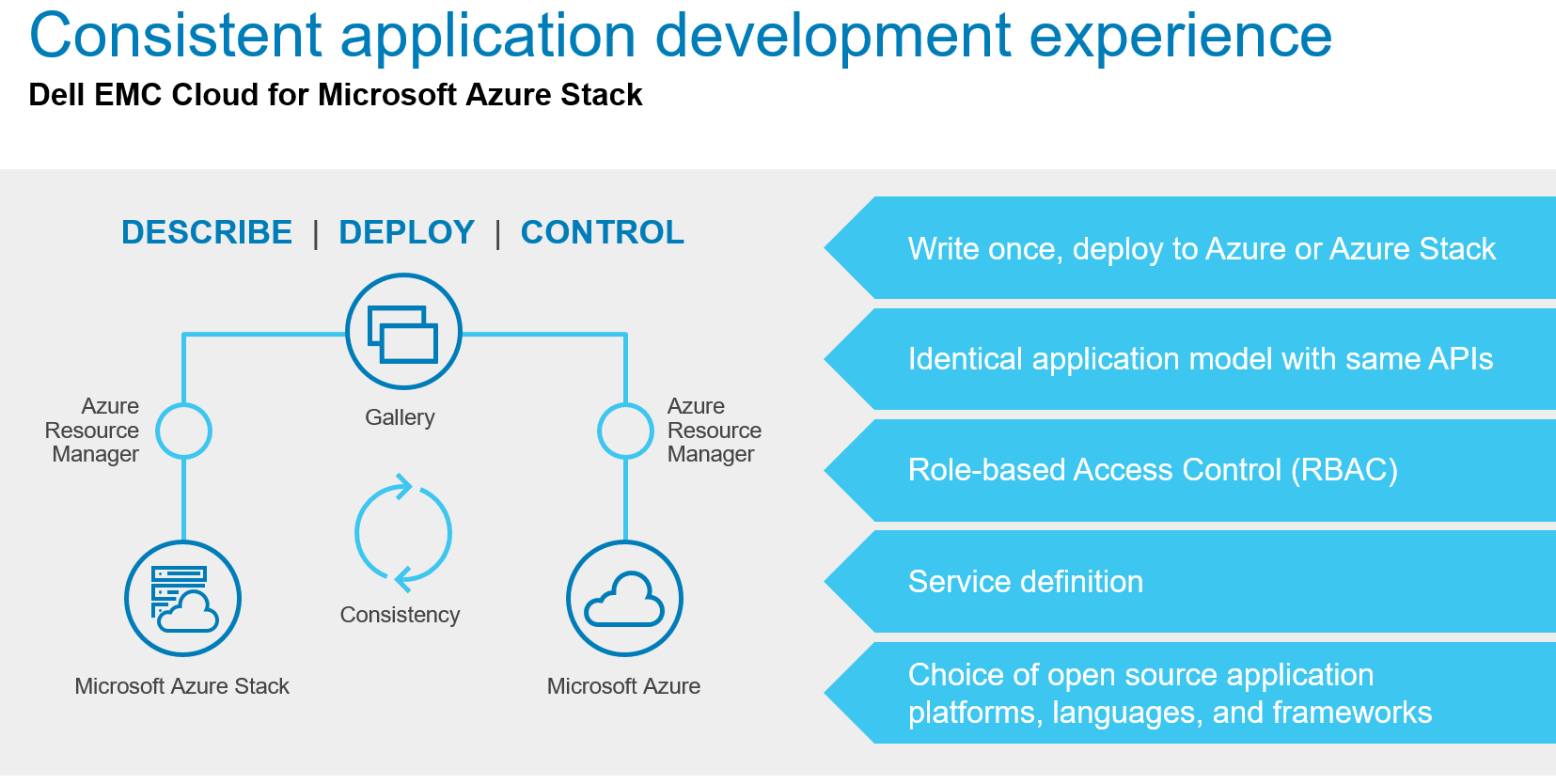 Dell EMC Cloud for Microsoft Azure Stack is a hybrid cloud platform for delivering infrastructure and platform as a service with a consistent Azure experience on-premises and in the public cloud. It provides the ability to deploy an application locally or in the Azure public cloud seamlessly and migrate between the two.  This means you can access, create, and share application services securely in Azure and Azure Stack for both traditional and cloud-native applications.

Microsoft Azure Stack is engineered with using hyper-converged infrastructure, networking, backup and encryption from Dell EMC along with application development tools from Microsoft. This means you get the benefit of Dells PowerEdge Servers, EMC’s experience with Hyper-Converged, and Microsoft’s Azure Cloud OS respectively.

Azure Stack empowers Cloud Administrators to maintain control and compliance on their terms, between both Azure (public cloud) and Azure Stack (on-premises).

Now let’s talk about the hardware a little bit. Azure stack is deployed on Dell PowerEdge servers and is scaled 4 nodes at a time. It leverages Microsft’s Storage Spaces Direct as the Software Defined Storage providing shared storage across the nodes. Storage Spaces Direct integrates with the Windows Server software defined storage stack, including Scale-Out File Server, Clustered Shared Volume File System (CSVFS), Storage Spaces and Failover Clustering. You scale by adding 4 nodes of the same type. Though you can mix and match nodes in a cluster, they must be added in groups of 4. There are three main node types:

Meaning the current largest and smallest deployments would be:

Dell is also giving people the ability to test drive Azure Stack in a single node configuration. The Dell EMC Evaluator Program is open to all customers starting on March 15, 2017 and will provide customers a way to purchase a single node Azure Stack hybrid cloud for the purposes of test and development.

I would imagine more details around the Azure Stack launch a Dell EMC World this week. For more details until then, check out the official page on Dell’s website.

This site uses Akismet to reduce spam. Learn how your comment data is processed.